We're on the anniversary of the birth of the People's Republic of China, formerly called the sleeping giant, becoming the largest lender in the United States and the bride to which all European countries to seek liquidity problems.

China's economy between 1979 and 2004, growth averaged 9.6 percent a year, and now despite the global uncertainties continue with an unstoppable advance, and Brazil joined India of the few that are growing so obvious that it is sustained as well as sustainable.

Changes in the global economy that are plaguing Europe and the majority of citizens in the United States does not make a dent in a country that feeds on the weaknesses of the system of social protection in Europe, and the sensitivity of investors to risks, a simple analysis of their ability to introduction into the world economy reveals must have known his power to impose its own business philosophy, it is not adapting China, the world is China.

Now we talk of cutting the welfare state in Europe, benefits, salaries, etc.. At the same time begin to hear news about Chinese workers demanding social and economic improvements, for instance, a worker in a Chinese factory supplier of Nike would have to work 4,500 years with your current salary to earn as much as Mark Parker, director of the famous multinational in 2006, not to mention that they are not counted overtime and working long hours, far more than it does a worker in any part of Europe, the successful expression of "work like Chinese."
I am not mistaken when he said that in a globalized future that awaits us will tend to be somewhere between the terms "union" and the Chinese state "welfare" office in the West, and this no doubt due to the control and direction of those who control the global economy, of course, and as is evident lately we are not referring to the political class and it occurs to me to raise this hypothesis:

A globalized economy but poorly distributed across countries, rich and very poor some others, have limited economic potential, its boundaries are the purchasing power of its inhabitants and quantity, part of the world working for the other gives a sum less than of both production and the cost march in parallel. 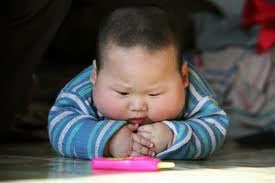 Now imagine that European low purchasing power which is beginning to happen and China rises, Brazilian, and Indian, which is beginning to happen, then we will have a much wider market, a more efficient productivity for large firms and above all a level of influence and control much more important, and this is summarized in more power by mega corporations and those who support them, no doubt investors, large investors are that after all are leading the way political and social Europe through the securities markets, and are trained specifically to influence the events that are transforming the European economy to undermine markets.

Therefore the growth of China's economy is a value for large companies who see it as an opportunity, benefiting the Chinese nation to turn this world leader in converting Europe can be relegated to a territory with strong historical basis medium-grade consumer but without actual economic power to the people, the moral frustrated by debt and the U.S. would tend to become the most important military ally of the Asian country, we'll see.
Etiquetas: traductor 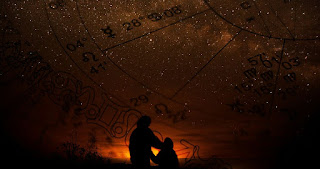